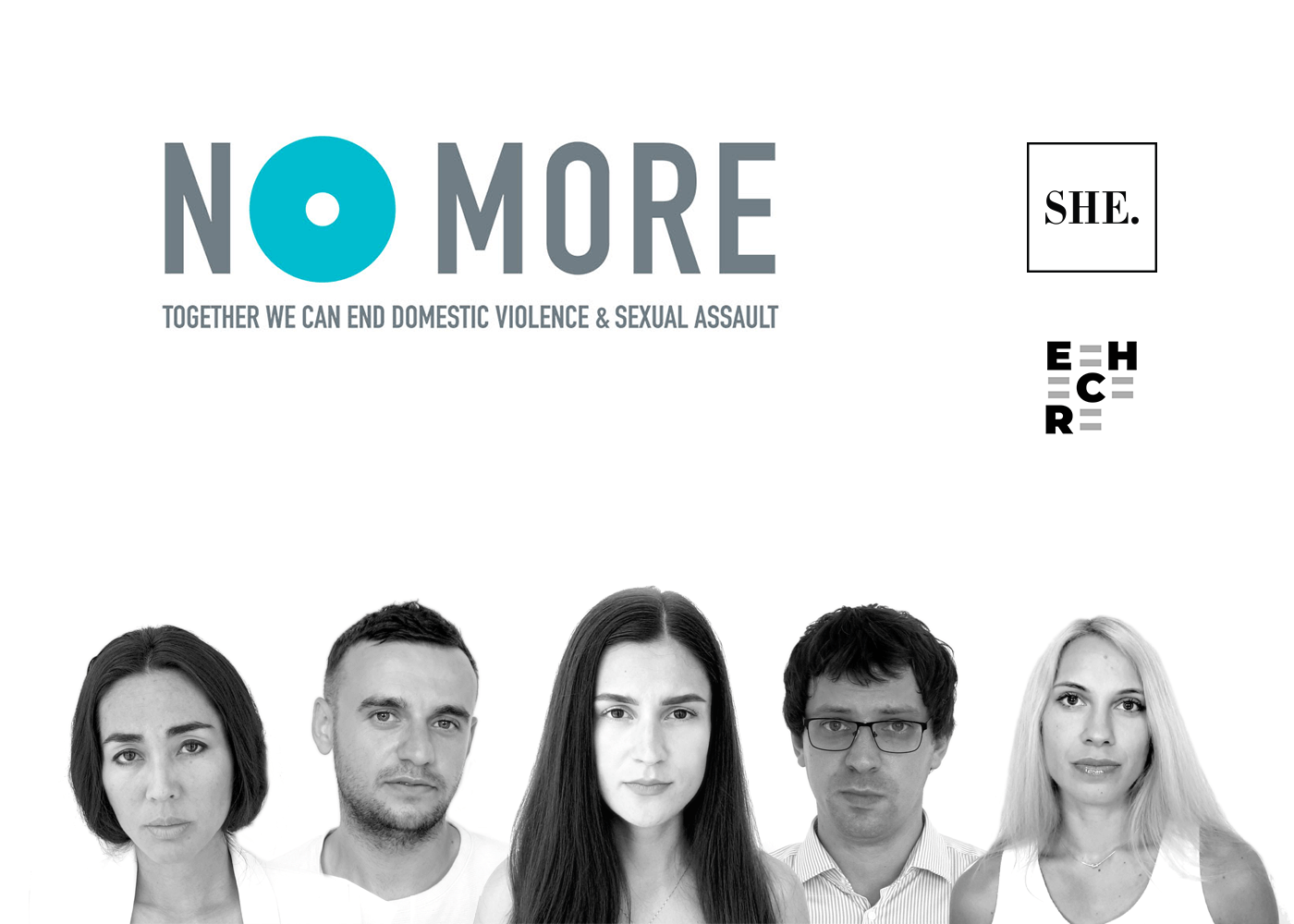 Say NO MORE to Domestic Violence

Being in despair she was beating the ATM which 30 seconds ago displayed a message that the accounts were frozen. Briskly walked to the car, where her frightened little daughter sat. Ran to the apartment in short runs and picked up a hammer. As if in agony, tightly barricaded doors and windows. Already forgot how to get used to herself with a new hairstyle or another color of lipstick because she did it very often now. Oh, and… she was afraid to forget her and her daughter’s names because she changed names as often as hairstyles.

As a kid, I used to love watching movies. As for many children, some heroines and heroes became role models for me. I wanted to be as stubborn in the fight for justice as Erin Brockovich, or take a risk like James Bond. There were many such film stories. A story about a woman who often changed her hairstyles and names – this is a movie “Enough”. Jennifer Lopez plays the lead role in it – a victim of domestic violence who first runs away from the abuser with her daughter and then decides that fleeing for life is not a way out and begins to fight for freedom from harm and fear.

I remember when I was little and impressed by the main character’s courage and strength; I first saw domestic violence. The fact that I saw it on the screen gave me hope that maybe such situations are just an invention of screenwriters. Unfortunately, it turned out that such stories happen not only on the screen. As a little girl, I was very upset about it, and as an adult, I am really scared because these are all by no means isolated cases. You rethink everything when you understand that even in your immediate circle of communication there are those who have either experienced this or are experiencing it now. Even more, maybe everybody in their near or far bubble has acquaintances of victims of domestic violence. Take, for example, the private sector. At the end of 2019 in Ukraine, the research was conducted which showed that every fourth woman who works in Ukrainian companies experienced various forms of domestic violence. After all, violence is not only physical or sexual. Violence is also when a good girl Oksanka had been waiting for the party so much, did her makeup, and then her boyfriend Vasylko said in front of all their friends, “Why have you painted yourself so much?”; this is Lesya who has already got tired to rub the floor at home, but her husband Volodymyr doesn’t allow her to go to work. 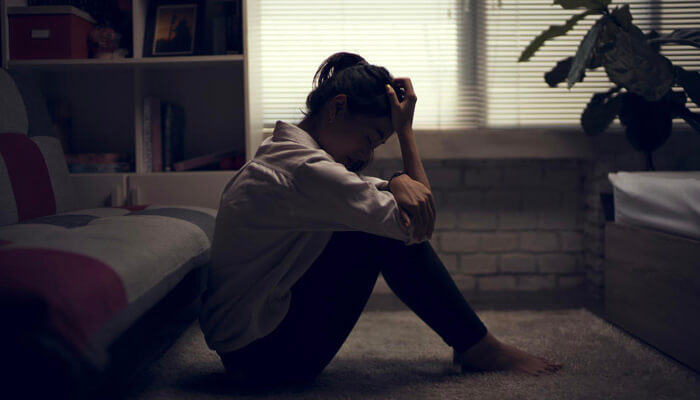 2020 has brought a lot of new global challenges, and we speak about new coronavirus reality without jokes. The quarantine, except for closing borders, financial losses, and layoffs, has also ‘highlighted’ and accentuated the old problems. Among them is domestic violence. In April emergency services in European countries started to receive 60% more complaints from women who suffer from domestic violence comparing to last year.

“Domestic violence had been tolerated in our society for a long time and for many reasons. During quarantine time the number of cases has significantly increased worldwide. As a consequence – Home violence causes only in NY 7000 children to live in shelters every night. With NO More program, we not only want to raise awareness to the problem, but take feasible actions to close this gap, focusing on specific regions. Join us to become part of meaningful changes” – says Valentina Synenka, Chief Marketing Officer at Symphony Solutions and founder of SHE. Community.

SHE. community was founded 2 years ago to promote gender equality. Today they are worried that the number of cases of domestic violence in the world has increased during quarantine. Even worse, many cases of this crime are silenced. The goal of the community is to motivate everyone to change in society and help create a culture of security, equality and respect.

We choose to act, and we cannot stay away from this topic. That is why SHE. community started researching the problem of domestic violence together with public organizations in three countries: Ukraine, Poland, and North Macedonia. These are the countries that the SHE. community has been focusing on since its foundation. The community collaborates with Center “Zhinochi Perspectyvy” and Educational Center for Human Rights in Lviv, the Mental Health Center in Krakow and Maja Diberova center in Skopje. 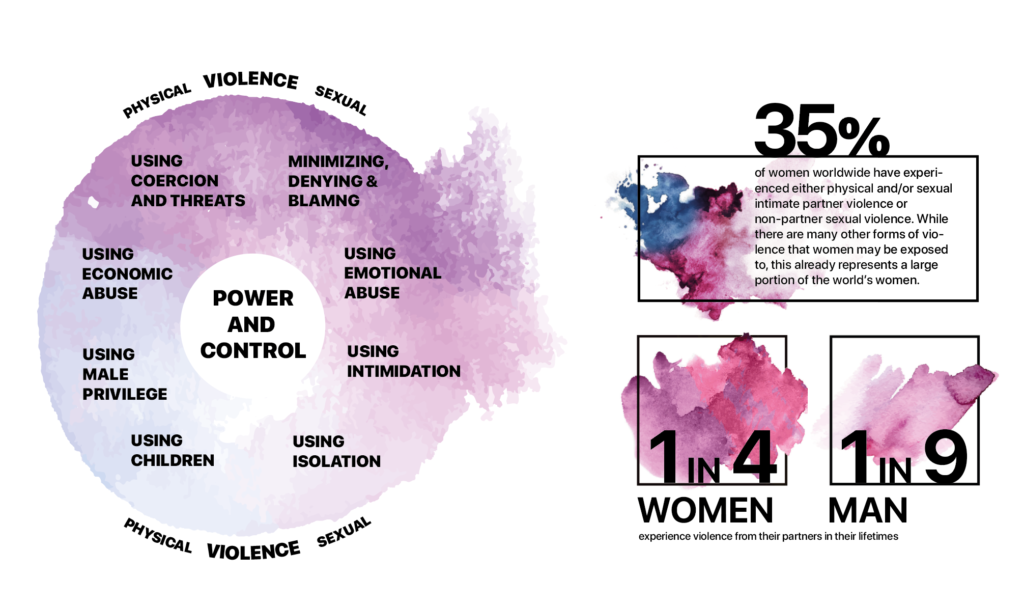 Statistics is a very unreliable friend, but for all its imperfections or a large number of white spots, however, the numbers of victims of domestic violence are staggering and deeply saddening. This applies to both precoronavirus times and the new reality. We focused more on women, because it is women who suffer more often, although it should not be forgotten that men also become victims. We should not forget that these are just statistics and they are the ones who asked for help. And do we know how many of those who do not dare or cannot physically call the police or seek help? How many of those who do not understand that they are victims of domestic violence, especially when it comes to psychological? How many offenders has society justified, because “if you love a woman, you beat her” and “she brought it on herself”?

These are many rhetorical questions to which we are unlikely to find answers in the near future. But what can we do? With the easing of quarantine norms, we are all gradually returning to a more or less normal life: we can work from the office for a few days, meet in a cafe or take a walk in the park. In our routine we should be a little more attentive to those around us: ask if all is well with colleagues at the next table, who from day to day comes in a bad mood; to remind a neighbor who covers bruises every morning that the offender must be held criminally liable and give numbers of social services or organizations that will help; not to make the sound of the series louder when screams are heard from the next apartment again, but to call 102. Such care and concern should be shown even when we are each in our own home. There are those for whom home is a very dangerous place, so, stay 5 minutes longer in Zoom, and what if someone suddenly needs your help? One small action of ours can save lives.

Symphony Solutions and SHE. community aim to give a chance for a better life to women who have found themselves in dire circumstances. As a part of NO MORE campaign, the following activities have been done: 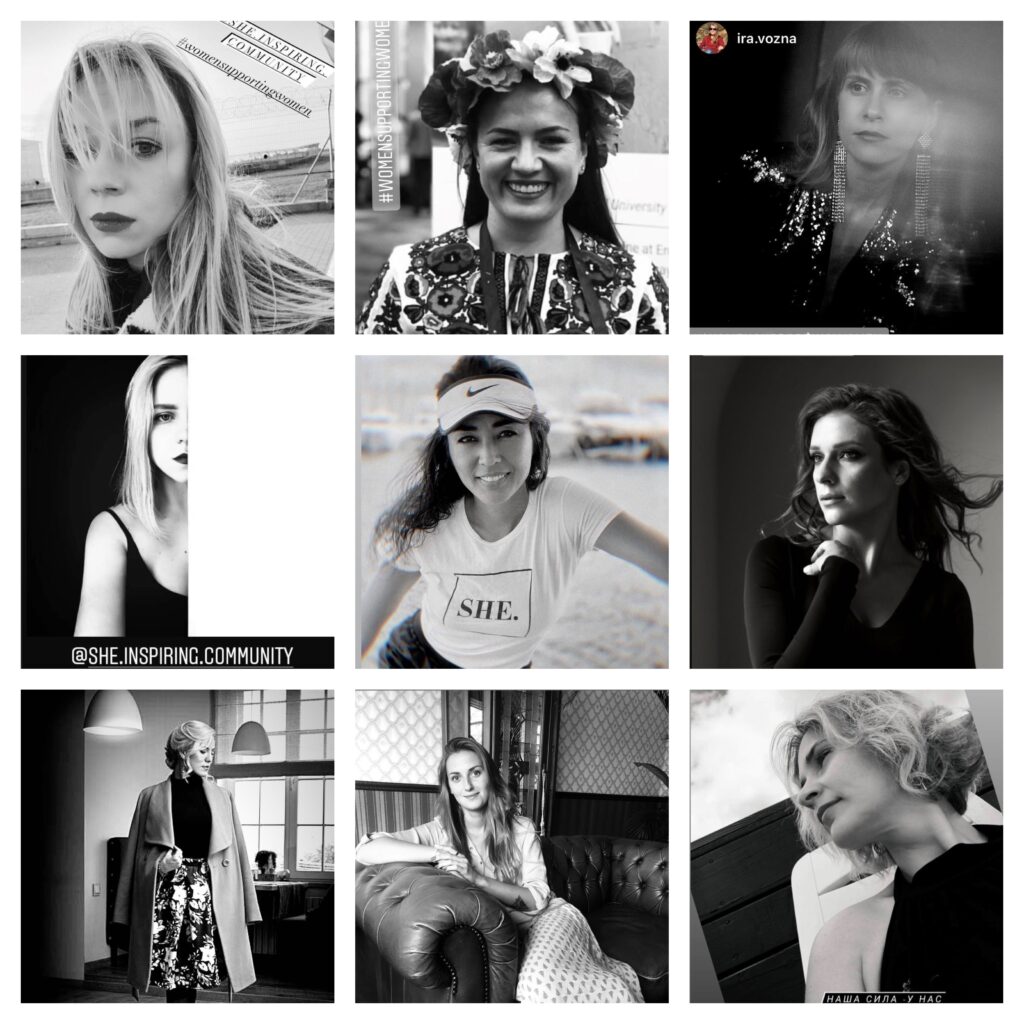 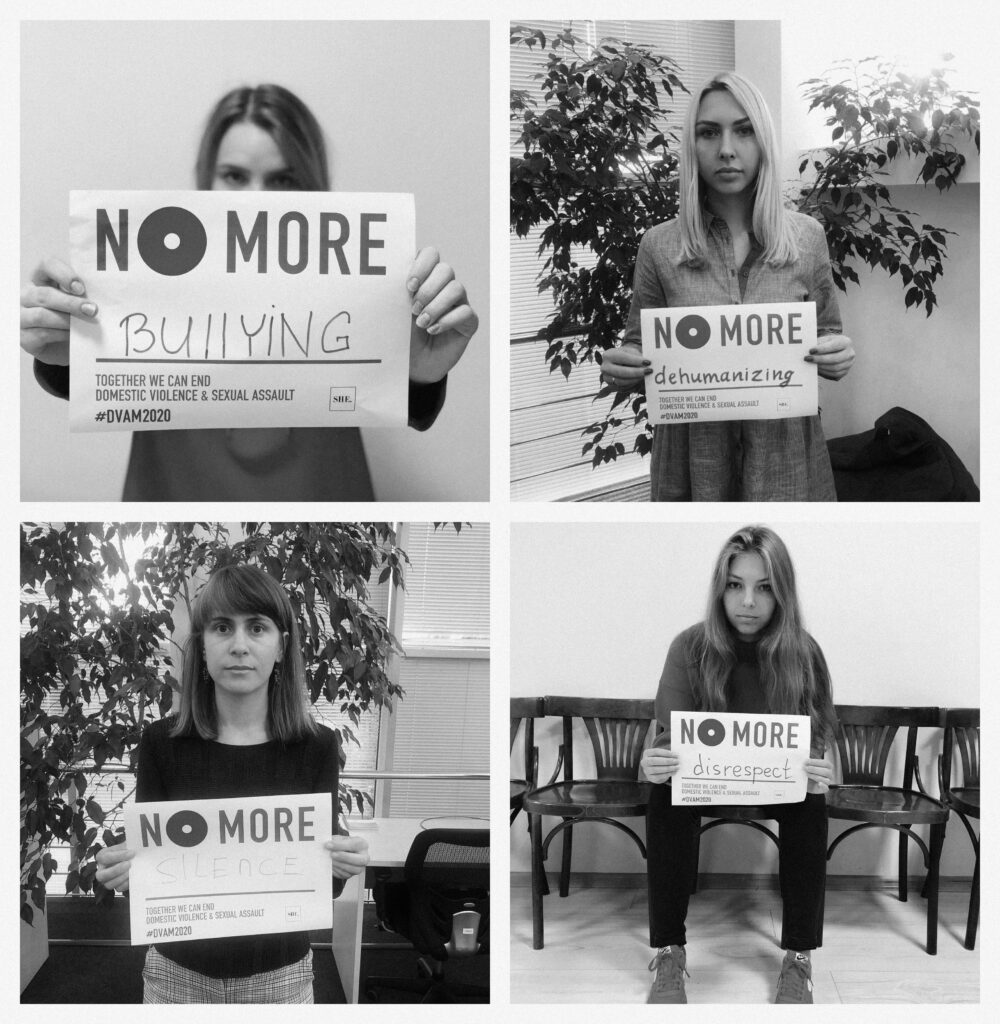 Just remember that the victim should never be blamed; domestic violence is a huge problem that is here in real life, not in the movies; it is impossible to be silent about it, because are there any guarantees that tomorrow I or you will not be in the role of a victim? Just a little more interest and concern every day, and help can be found here: 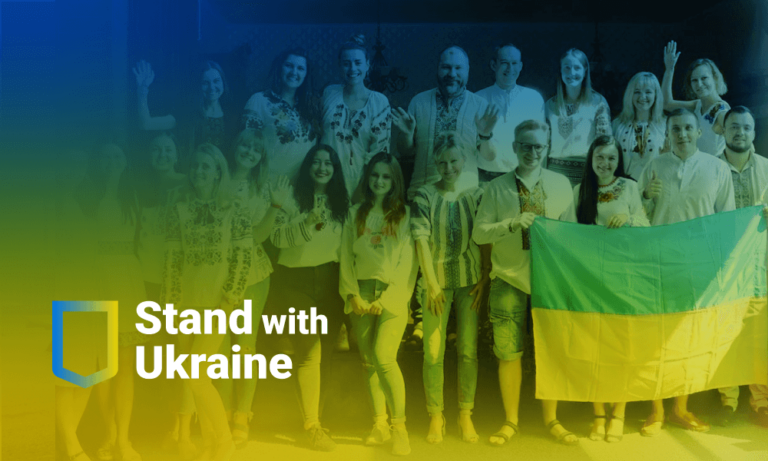 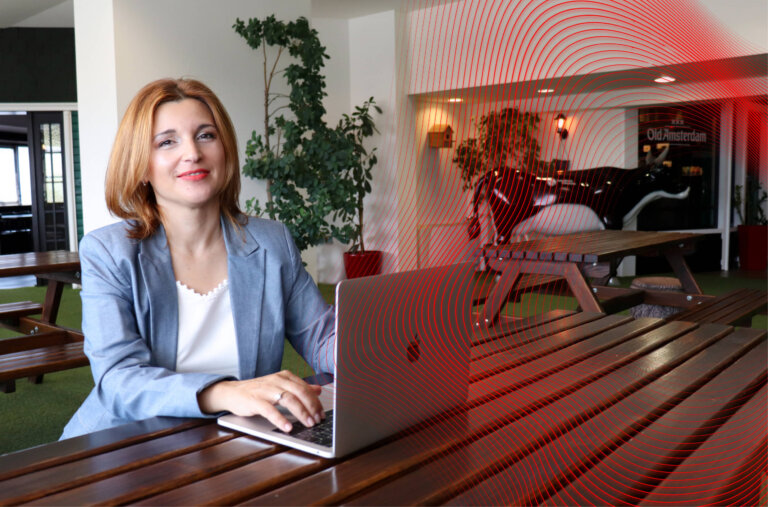