Today, 80% of businesses plan to automate work processes within five years and consequently now more than ever, there is a huge demand for software developers. In fact, the surge has already started. A huge leap in active software developers occurred worldwide from 18.2 million to 24.3 million between 2013 and 2021 —and the number is predicted to reach 45 million by 2030!

However, while programming is an essential skill for anyone looking to start a career in tech, choosing the right language to learn is not easy. There are hundreds of options out there, and more are being created every day. So, how do you know the best programming languages to learn in 2023?

In this article, we will take a look at the top 10 programming languages for 2023. These languages are selected based on their popularity, usefulness, and ease of learning.

What Is a Programming Language?

A programming language is a system of notation for writing computer programs. It is used to create a set of instructions that a computer can understand while performing tasks.

There are dozens of popular programming languages, and each one has different syntax, or rules, that dictate how the instructions are written. Which means some languages are easier to learn than others, and some are great for particular tasks compared to others. For example, some languages are better suited for building websites, while others are better for creating apps or working with data.

In subsequent sections, we’ll take a closer look at a few of the common choices – grouping them by typing – and help you decide the best programming language to learn in 2023.

So, without further ado, let’s jump right in!

Go, also known as Golang is an open-source programming language that was created by Google in 2007. It has been used for many different purposes and is now used by multiple big companies including Google, Dropbox, Twitch, and Uber. With between 1.2 to 2.7 million Golang developers, it’s easy to see why it’s one of the most popular languages out there.

Skills Needed: Golang can be learned by someone who already knows one or several programming languages, particularly Python, PHP, and C++.

You can check out this Getting Started with Go specialization course to see if this language fits you.

Kotlin is another best programming language to learn in 2023. It’s easy to learn and can be used for Android development as well as backend services. It was designed by JetBrains in 2011 and has been well received by Java developers who want an alternative but still want the familiarity of Java syntax/style.

Check out this Kotlin for Java Developers course to see if you are interested in Kotlin.

C# is a general-purpose, object-oriented programming language developed by Microsoft and first released in 2000. C# combines the syntax of C++ with object-oriented features that allow you to write code that runs faster than other languages with similar functionality. This makes C# ideal for games, web apps and mobile apps.

Popularity: It is considered one of the most popular programming languages, following Python and C++.

If you are interested in learning C#, this Comprehensive approach to C# Fundamentals is the best place to get started.

Swift is a programming language developed by Apple that runs on macOS and Linux. It was originally released in 2014.

Swift is a general-purpose programming language that runs on the LLVM compiler infrastructure. It has a reputation for being fast and efficient. It has a small but dedicated community, and it has become a powerful tool for writing apps for iOS, macOS, Windows and Linux.

Popularity: Swift is the 15th most popular programming language on TIOBE, and it is widely used to develop iOS apps for the iPhone, iPad, and Apple Watch.

If you are interested in learning Swift, check out this course on Introduction To Swift Programming.

Typescript (or TS) is an open-source typed functional programming language developed by Microsoft in 2012. It was originally proposed as a superset of JavaScript but has since evolved into a fully-fledged modern language with static typing, class inheritance, generics and more.

Typescript offers better support for functional programming and static typing (like Java) along with many other features like type checking and error-prone syntax removal.

According to the 2021 State of JavaScript Survey, TypeScript is the “most adopted technology for that year.”

Popularity: According to the 2019 Developer Survey by Stack Overflow, Typescript is one of the most popular programming languages with a 73.1% acceptance.

If you think that Typescript is the right programming language to learn in 2022, get started with this Introduction to TypeScript course on Udemy.

Scala has fully supported object-oriented programming since its inception and has been used for developing high-performance software. This makes Scala one of the most preferred languages for the development of large-scale applications and it is also integrated with Java, which makes it easy for developers to develop complex applications using both languages.

Netflix, Twitter, and the New York Times are among the businesses that use Scala.

Popularity: Scala’s popularity has suffered as a result of its complexity. It is presently ranked 26th on the TIOBE 2022 index.

To see if Scala is the right fit for your career goals, check out this Effective Programming in Scala course to learn more about the language.

Java is a very popular programming language that has been around for decades so it’s no surprise it’s one of the most popular languages on this list.

Java is used for many different types of applications, including web applications and mobile apps. It’s also very easy to pick up if you’ve never programmed before.

Learning Level: Beginner Level (Java is considered to be quite easy for beginners to learn).

If you are looking to learn Java in 2023, a good place to start is this Introduction to Java course offered by Learn Quest on Coursera.

Rust is a systems programming language that offers speed. It’s designed to be fast, safe, reliable, and long-lived. It also has a strong focus on safety and concurrency thanks to its “zero cost abstractions,” which means that It can help you write programs with excellent performance profiles fairly quickly.

Rust targets systems programming where other languages like C or C++ raise problems with memory errors and concurrent programming.

Popularity: Rust is a very popular language. On Stack Overflow, it has remained the number most loved language followed by Python.

If you are interested in a career as a rust developer, then you may want to check out this Rust Programming For Beginners course on Udemy.

PHP is a server-side scripting language designed for web development with a strong focus on object-oriented programming (OOP).

PHP was originally created by Rasmus Lerdorf in 1994, who released it in June 1995. It has evolved over time but still remains popular today due to its popularity in web applications and other web services (like WordPress). It also offers great performance because it was designed from the ground up with speed in mind.

If you are thinking of the top 10 programming languages in 2023, PHP must be top on the list.

Check out this PHP course if you want to know how to build web applications in PHP.

If you are looking for a career as a programmer, then you should learn Ruby. It is one of the top 10 programming languages in 2023.

Ruby is a server-side scripting language that was designed and developed in the mid-1990s by Yukihiro “Matz” Matsumoto. Ruby allows developers to build software in an easy way and uses a simple syntax. It is used in many web applications including Rails, Sinatra and Merb.

Ruby on Rails is a web application framework written in Ruby that helps you build better web applications faster. Some of the popular companies using Ruby include Airbnb, Groupon, GitHub, and Shopify.

Skills Needed: Basic coding proficiency in languages like CSS, HTML, and JavaScript and some experience in web development.

Popularity: Ruby has been ranked by W3Techs as 5.6% of websites whose server-side programming languages are known.

Want to learn more about Ruby? Check out this Introduction to Ruby course.

R is an open-source programming language that was created by Ross Ihaka and Robert Gentleman at the University of Auckland, New Zealand in 1993 as a means to make statistical computing easier.

R has grown into one of the most popular languages for statistical analysis, data science and machine learning today. R makes it easy for developers to create complex statistical models using just a few lines of code.

Popularity: R is the 12th most popular programming language as of October 2022, according to the TIOBE index.

Check out this Introduction to R Programming for Data Science course to see if R programming is a good fit for your career goals.

The Javascript programming language is another one that’s growing more and more popular every year because it’s an extremely flexible tool that can be used in many different contexts. It’s also easy to learn because of its simple syntax structure. If you know any HTML or CSS then you’ll be able to figure out some basic JavaScript code right away!

Popularity: Javascript is definitely the most popular programming language in the world. In fact, javascript powers about 97.4% of all the websites in the world.

If you are interested in learning Javascript, check out this JavaScript for Beginners Specialization.

If you are interested in learning Python, check out this Python for Beginners course on Udemy.

It’s never too late to learn a new programming language. In fact, there are many reasons why learning a new language can be beneficial, including the potential to give your career a boost. This article provided a list of some of the best programming languages to learn in 2023.

So whether you’re looking to boost your career or simply want to try something new, these choices are a great place to start.

FAQ on Programming Languages to Learn

What are the best programming languages to learn?

If you want to learn to code, you can learn Ruby, Python, or even JavaScript.

If you want to learn how to program games, then you should consider learning C++. But, if you want to write apps for mobile devices, then Swift is a good option. For creating websites, PHP or WordPress are the two top choices to consider.

Which programming language should I learn first as a beginner?

If you want to start learning programming and want something simple, Python is always a good choice. Python is easy to learn for a person new to programming as you will not be subject to rigid syntax constraints.

Which programming language should I learn first for web development?

If you are looking for a programming language for web development, then Python is your best choice because it is easy to get started with and can be used to build websites, mobile applications, and desktop applications.

What is the best programming language for game development in 2022?

The best programming language for game development in 2022 is C++ because it’s a high-level language that allows you to write games quickly, and it’s supported by many popular game engines, such as Unreal Engine 4 and Unity.

What is the highest-paying programming language?

At $164,824 / yr, the highest-paying programming language is Golang. Go can be used to create cloud and server side applications as well as programs related to networking and infrastructure, and because it’s open source, there are many resources available online that you can use to learn more about the language. 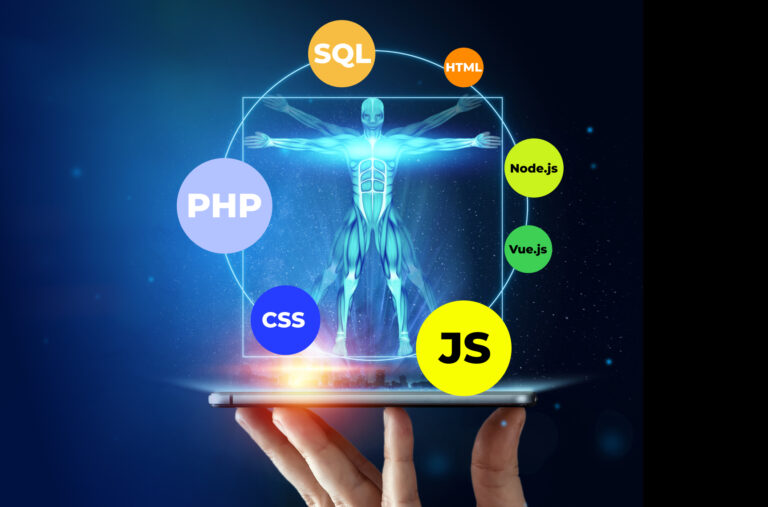 How to Become a Full-Stack Developer? 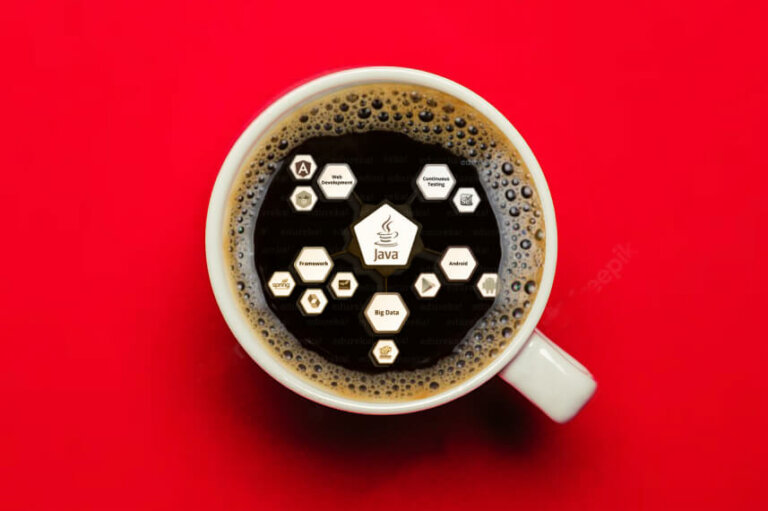 Java Trends and Technologies: Updates for 2022